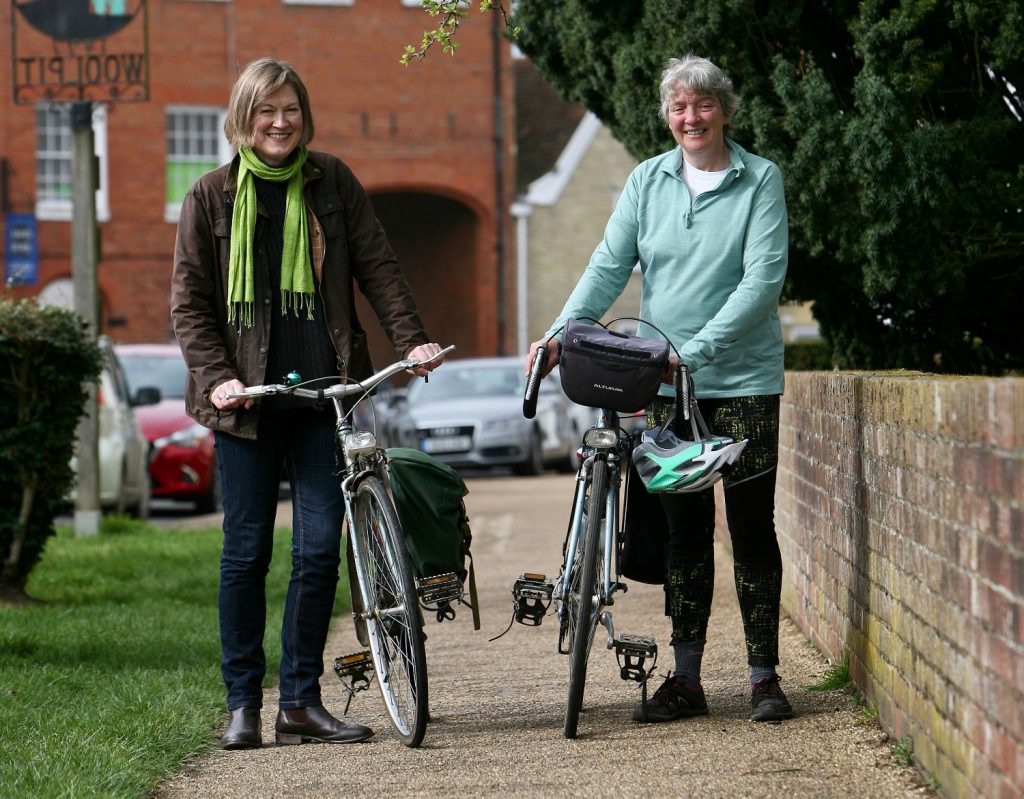 “I have never supported the proposal to expand the Primary School on its current site. It is an ill-thought-out plan to create an urban style school for a village primary, trying to cram twice as many pupils into the space originally given to 210 four to nine year olds.
This is an expensive short-term solution and is purely developer driven. What we need is a proper strategic plan for this part of the district. This proposal does not have local support - parish council, MSDC ward members and SCC Councillor are all against it. I think it is a pity that the portfolio holder's comment does not even mention the lack of local support.
We believe that it is not good use of public funds, especially given that there are two potential new school sites in the village. More work needs to be done to see if there is a more acceptable way forward with these sites, before we commit to spending large amounts of money on this school expansion.”

“It is a pity that this ill-thought-out plan has been approved today. It will create an urban-style primary school in Elmswell village, trying to cram twice as many pupils into the space originally given to 210 four- to nine-year-olds. This proposed expansion is also just a stopgap - as more and more housing continues to be built in Elmswell, we are likely to need a whole new school within the next few years.”

The funding decision followed approval by the County Council of the plan to add extra classrooms.

“The future provision of primary education in Elmswell is a complex issue. If you have driven through the village recently, you quickly realise that Elmswell has received a large amount of development – some has been built out and occupied, some is under construction, and some is still in the planning process. But it’s clear that over the next few years Elmswell and its sister village Woolpit are seeing, and will continue to see, large amounts of development – and as a result, more children will require educating.
Elmswell and Woolpit are very close to each other, just the A14 and a couple of fields between them, and along with many other things, their primary education is linked. There are two primary schools, one in Elmswell, one in Woolpit. Though you would expect children resident in Elmswell to go to Elmswell Primary, and those resident in Woolpit to go to Woolpit, it’s not as simple as that, some from each village go to the other school. So, as we consider future school provision for these communities, they need to be considered together, as I understand our officers have done.
We recently had a meeting between County Council officers, the two Parish Councils, the two District Councillors and myself to discuss future education provision. Officers briefed us on the fiendishly complex business of forecasting future school rolls, and the context of a national fall in the number of school children, and I think we all accept that there is a genuine complexity to this forecasting and planning.
My concerns about the proposal you are considering today is that this is a short-term sticking plaster which fails to deal with the longer-term growth in these communities. Increasing the size of Elmswell Primary school on a constrained site would give short-term relief to the problem of “where do we put all these children?” – but it could actually exacerbate other problems that the school faces.
Residents and parents have written to me outlining their concerns over several issues, which I will attempt to summarise:
• This school site is limited in area. It was originally a school for years 1-4, but when the school reorganisation did away with the middle schools a few years ago, additional classrooms were built to accommodate years 5 and 6. Now we have a further proposal for more buildings on a small site. This will further reduce the outdoor space for play and PE on the site, and to me would be a cramped development.
• Like many schools, the drop-off in the morning and pick up in the afternoon are very busy times. The area around Cooks Road, Bennett Avenue and Oxer Close has been described by parents as already dangerous and chaotic. Increasing the number of children attending and encouraging entry and exit via this route could increase the level of risk for those on foot and on bike. One parent told me that she fears a serious accident will happen, it’s just a matter of time.
• The killer fact for me is that, were we building a new school for this number of pupils, this site would not be big enough – it doesn’t meet the standards for space. Already it is impossible for the whole school to have an assembly together, which for me would seems an important measure of how constrained the site is. Notwithstanding the excellent leadership and teaching which the school provides, it seems to me that children’s learning experience can only be diminished by being provided on a cramped and crowded site

This proposal only puts off the inevitable fact that at some point in the near future, a new school will have to be provided in the Elmswell/Woolpit area. Developers have put forward a site in Woolpit as part of an approved development there, and another developer is currently promoting a similar site in Elmswell. Elmswell is a much bigger village than Woolpit, but we have heard from the officer this morning that if a new school is to be eventually built, it would be provided in Woolpit. The community is united in its opposition to the idea of children being bussed from Elmswell, across the A14 to be educated in Woolpit. We do have a potential new school site from a developer in Elmswell, but there are also other options: The parish council has some land which I understand could be brought forward, the district council also has some land, and it seems to me that these other, more creative options have not yet been fully explored.
Longstanding residents of Elmswell have informed me that they do not feel they have been well-served by the Local Education Authority in the past. A fine Victorian school with plenty of room for expansion was demolished. The current school was built on a large site initially set-aside for a Middle School, with extensive playing fields, much of which was subsequently sold off for housing. So there is an unfortunately history here, which the community is very aware off.
I acknowledge that the statutory proposal for this school expansion has already been approved by the Development directorate (subject to this planning approval) – so to me this is the last chance to think again. I urge the committee not to approve these plans, which are a short-term, stop-gap measure, but to ask the officers to have another look at the other options that exist, and secure a sustainable, long-term solution for the children of Elmswell.”