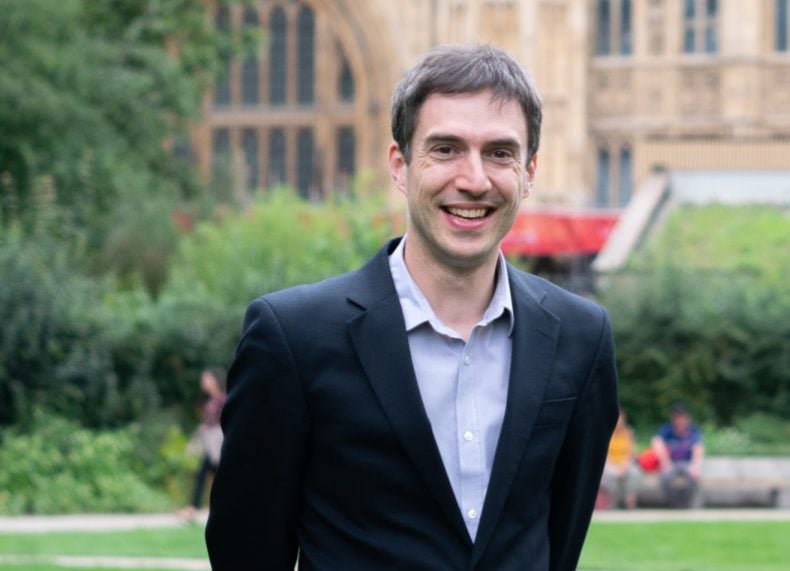 Green Party co-leader Adrian Ramsay has been selected to be the Party’s parliamentary candidate in North Suffolk.

Adrian said: “The Blue Wall’ of Conservative power in the countryside is not as strong as Conservative politicians would have us believe. Greens are already the main opposition to the Conservatives on Suffolk County Council and Mid Suffolk District. Now we aim to replace the blue wall with something much more effective – like a Green hedge.”

Adrian will be in the village of Cotton, near Stowmarket, on 19th November, helping local members and villagers plant a hedge at the village hall.

He will also visit the nearby village of Bacton to hear about residents’ concerns there. New housing has been approved that will nearly double the size of the village without apparent regard for local needs and without any commitment to improving infrastructure such as bus transport.

Adrian said: “This Government has taken people in the countryside for granted. As a result of this, the blue wall is crumbling, as we’ve seen from recent by-election wins by the Greens, including one at Aldeburgh and Leiston.  As an MP for this area, I would be able to take their concerns - about housing and transport for example – to  the heart of Westminster.

“The Green Party has always had a vision to empower local communities and revitalise the countryside, and this is ever more important as we work to tackle the climate emergency and prioritise local well-being.

Adrian said: “I put myself forward for this seat since this part of Suffolk is the hottest Green spot in the Eastern region and one of our best chances in the country for winning a seat at the next General Election. I want to put my weight as co-leader of the party, behind the area, as my colleague Carla Denyer is doing in Bristol West – another area where we are confident of success. The hard, dedicated work by Green councillors locally has made the Green Party the main challenger here. Greens are the main opposition both on Suffolk County Council and Mid Suffolk Council. Suffolk is the only county in the country where that is the case.

“I’m looking forward to meeting residents and hearing about what’s important to them.”

Green Suffolk County councillor for the area, Andrew Stringer, said: “This area has a strong sense of identity and a firmly independent spirit. It’s also a beautiful part of the country. But there is a growing feeling that local people are not being listened to and the needs of local village and town economies not met. The Green Party has long stood for the idea that local needs need to be met locally, so I’m really pleased and proud that our co-leader has been selected as our MP candidate here.”