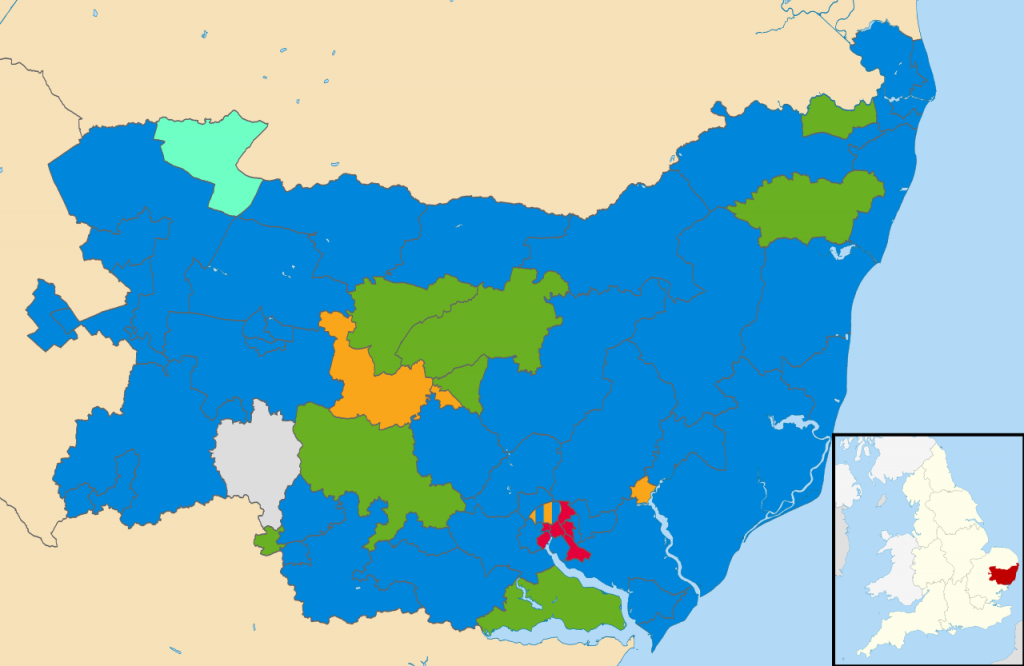 “It’s been a massively exciting week for the Greens in Suffolk, and we’re hugely grateful for the faith the public have put in us. We are ready for an action-packed first year of leading the official Opposition at the County Council, and we’re thrilled that our Liberal Democrat & Independent colleagues have decided to join us. Diverse views are so important in politics, and having different people working together will only make us more effective in a progressive way.”

Andrew Stringer was re-elected for the Upper Gipping division with an increased majority of over 1000 more than the Conservative candidate. His popularity and hard work also resulted in one of the highest voter turn-out figures in the county.

The undoubted local popularity of Andy Mellen was spread more widely by three Green district councillors who represent parts of the Thedwastre North division and have worked with Andy over the last two years at Mid Suffolk. This contributed to his success against both the official Conservative candidate and the previous councillor standing as an independent.

As a native of Stowupland, Keith Welham built on his reputation for hard work representing that village and was elected for Stowmarket North and Stowupland division by a majority of 139 over the sitting Conservative councillor. Having worked closely with Stowmarket South winner Keith Scarff (LibDem) on the Mid Suffolk Scrutiny committee, they are looking forward to a new era of representation for the town.

Standing for the Party in the Thredling division, Helen Bridgeman polled 602 votes to finish second, well ahead of Labour and LibDem opponents. In a very similar result, Stuart Masters, contesting the Hartismere division, also came second with 649 votes.

All the candidates wish to join in thanking the many members and volunteers who helped in any way, and everyone who voted Green, many for the first time.

“The Suffolk Green councillors now form the party’s largest county council group across the country, and I look forward to working with a brilliant team, holding the Conservative administration to account while we represent one in eight of Suffolk’s population.”