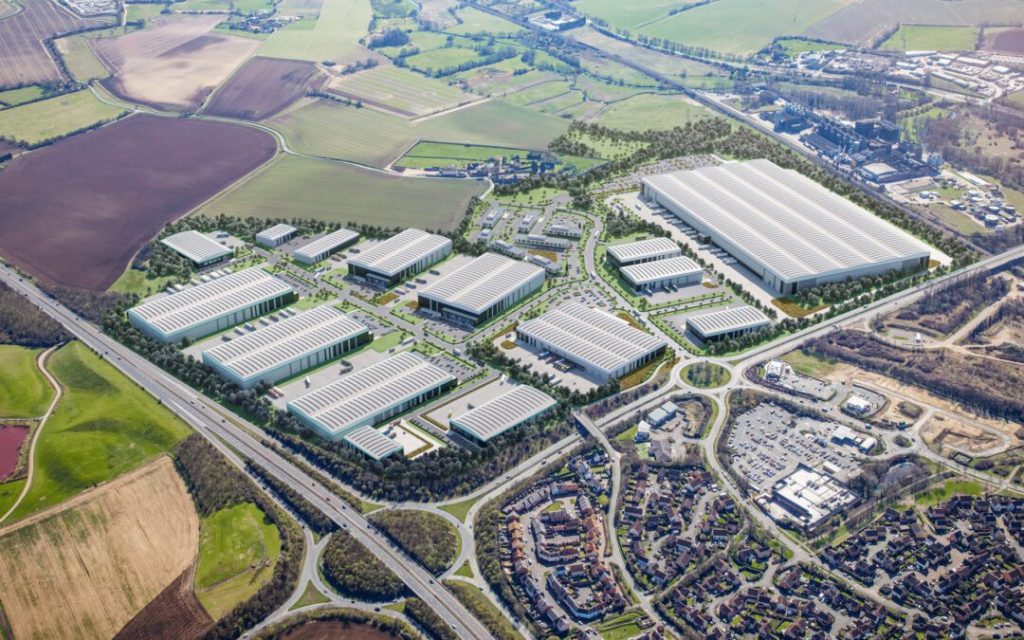 A decision on the roads, infrastructure and outline of a major commercial development on the edge of Stowmarket is listed as the first of 8 agenda items for decision by Mid Suffolk’s planning committee A on Wednesday 18th August.

The opposition Green and Liberal Democrat group has called for the decision to be taken by a separate meeting of the Planning Referrals Committee, involving 16 councillors rather than only 8.

“The planning application for Gateway 14 is a sensitive one as Mid Suffolk District Council own the site (through its company Gateway14 Ltd.) and are also the Planning Authority making the legal decision whether or not to approve the application. To outsiders it may appear that the Council is ‘marking its own homework’. Whilst the principle of a business park has been established by previous outline permissions, what is causing controversy and filling up Councillors’ inboxes with e-mails is the perception that this application is very different to what was previously promoted, and to the policies outlined in two documents: the Stowmarket Area Action Plan (SAAP) and the Development Brief.”

“We need decisions like this, which will have long-lasting environmental and economic consequences for Mid Suffolk, Stowmarket and local residents, to be taken after full consideration and reflection. In addition, this week’s alarming IPCC report, re-emphasises that all planning decisions need to have in mind the overwhelming need to address the climate emergency.”

“I was a Stowmarket District councillor when the SAAP was drawn up and approved and have been lobbied about the differences. It is surprising that this decision is scheduled to be heard along with seven other applications on the same day, allowing only around an hour for each application. This application requires more time in the committee agenda, and I endorse, in the interests of public perception, the opposition Green and Liberal Democrat group request that this application is heard by the full Planning Referrals committee. This cannot be a decision taken by just a few councillors”