Green Party councillors have welcomed the Council’s success in buying a parcel of riverside land which had changed hands twice this year as speculators considered development. Ward representative Councillor John Matthissen persuaded officers and cabinet member for environment, Councillor Jessica Fleming, that the land formed a key part of the biodiversity corridor along the River Rat.

In the spring he sought a Tree Preservation Order, and this was approved for a mixed group of mainly Alder, Ash and Hazel trees. The land was twice offered at auction but failed to reach its reserve price, and subsequently the Council agreed a price of £65,000 for the 2.7 acres. A little can be viewed from the footbridge over the Wash, between Finborough Road and Combs Lane.

"I very much welcome this move to secure an important link in the chain of biodiversity from the confluence with the River Gipping to the source of the River Rattlesden. I would particularly like to thank local constituents who have highlighted this opportunity and also councillor Jessica Fleming who has been supportive of the project from its inception. In addition, I am grateful to the officers who have worked to obtain a Tree Preservation Order and ultimately complete purchase of the land.

An example of the opportunities ownership will provide is an extension of the clearance of invasive Himalayan Balsam. This has begun at the Museum of East Anglian Life and the adjacent Danecroft land, much of it carried out by volunteers, including the Stowmarket Eco Futures group.

Long-standing residents have told me of playing on the bridge and in the Wash 60 or more years ago, and so it is additionally heartening to know that the land will not disappear beneath concrete, leaving the view up the river much as it has been for decades.” 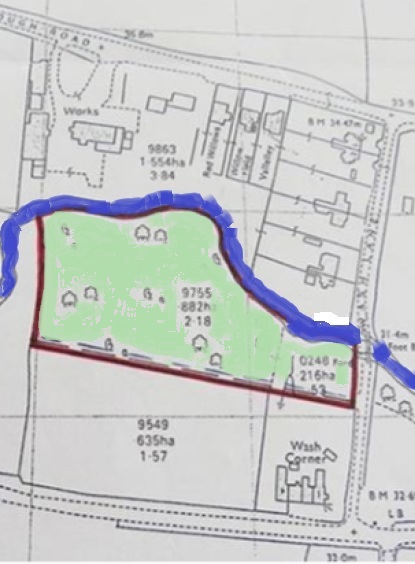